1. How did you get into athletics ?
I stopped playing football and went out running a few times a week to keep fit. I started doing a few races and did reasonably well. I ran the Frank Duffy 10 mile and ended up running alongside a lady who I eventually realised was Maria McCambridge. I got talking to a few guys from Donore who said I should come down to the club and it started from there.
2. Why do you run?
For my physical and mental health, first and foremost. I love running on forest trails most of all, and if I could never run another race but keep doing that I wouldn’t mind too much. Having said that, I am pretty competitive and enjoy seeing how fast I can get.
3. Did you try different events or where you always a distance runner ?
I never really ran before I was 34, but since then I’ve done track, trail, mountain, road and cross country races. Cross country or trail is probably my favourite – I love the different terrane and surfaces. I wouldn’t have great natural speed, so levelling the pitch a little helps!
4. Can you give a brief synopsis of your running career to date ?
Once I started running with Donore I was lucky enough to be part of a very good group that trained regularly together and won quite a few team events, particularly at Masters’ level. We won a lot of national titles on the road and cross country, and I really enjoyed my time there. Unfortunately my coach at the time left, but I ended up joining Raheny. and have really enjoyed that too. One of the highlights was the European club cross country. where I got to race with some of the elites. It was won by Jocob Kiplimo of Uganda whose 10k PB of 26:41 is just a little better than mine… But being able to say you ran the same race as a guy who came second in the world cross country is nice (even if I finished 4 minutes behind him!).    .
5. What would you consider to be your main highlight ?
On the team side, national masters cross country titles and winning the masters road relays two years in a row (one with Donore, one with Raheny) would be up there, though the best was probably the British and Irish Cross Country team gold in Dublin. I was 8th overall which I was really happy with. On the individual side it was probably winning the National Masters Marathon title in Dublin in 2017 in 2:28:02. It was my first marathon as a club runner and I actually really enjoyed the race for the most part, though the final few miles were very tough!
6. When did you hook up with TTracers and what was the reason for doing so?
When I left Donore I really missed training in a team environment. I did train with one or two of the Raheny guys from time to time but it wasn’t really practical. I worked with a couple of TT Racers (thank you Sean and Ed!) and started going down with them at lunch time and never looked back.
7. what would be in your eyes the main advantage of being part of TTracers ?
Training in a group environment with some great people. It’s been commented on by a lot of people and with good reason. Whatever your level you will find some really good, encouraging and dedicated people to train with. People push each other on and everybody benefits.
8. What’s the best running advice you’ve been given which has helped you to become a better runner?
“Physiology rewards consistency”. I think that everybody responds slightly differently to different types of training, and you have to find what works for yourself with experience. But what is common to all is that if you train smartly and with consistency you will improve.
9. What’s your running ambition going forward?
Between injury, work and our current situation I haven’t been able to train as I would like for a while now, so in the short term it would just be nice to get back to where I was 12 months ago! 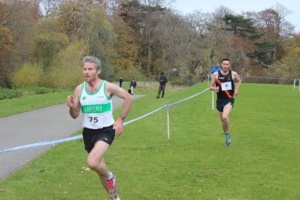