Weather played a big part of the weekend , however we still had excellent performances from those who competed. The National Intermediates were held yesterday in Avondale , County Wicklow. Performance of the day definitely came from the evergreen Des Kennedy when he ran away with the O/50 division to take individual gold. Des also took home club team gold and county team silver. A nice haul for his efforts . Des , I hope he doesn’t mind me saying this , immediately afterward put his results down to the consistent attendance at both the Tuesday interval sessions and the Saturday Tempo session in St Enda’s Park. If I think back over the last few months , he probably was one of our most regular attendees.
Guys its not rocket science , do the training and the results will come.
Going back to the results, Mick was also on the team that won club gold on his way to 9th place in the O/55 category. In the O/35’s Ian Conroy was 8th ( County gold) with Peter O’Toole 22nd and Rob Costello 41st.  In the O/40 category Fergal Whitty was our first finisher in 13th, closely followed by Phil Kilgannon (15th) Paul Fleming (18th) and Brian O’Mhurchu (19th) .
In the O/45’s Brian Geraghty just missed out on a medal with a 4th place finish with Niall Lynch running a blinder in 6th and Des Tremble (12th)
In the women’s Niamh Devlin also narrowly missed out on a medal with a 5th place finish. Barbara Murray finished in 34th in the Intermediates.
Finally in the mens intermediate we had another narrow miss with Tom Lupton 5th and James Kelly was 14th followed by Colm Costello (30th) Conor McCarthy (52nd) and Conor Keating (72nd)
Elsewhere the National 50k took place in Donadea with James Nealon our first finisher in 25th (3:55.47) with Chris Bigley ( 46th – 4:07.03) and Nicola Rice (5:03.20)
Regards
Terry
Attachments area 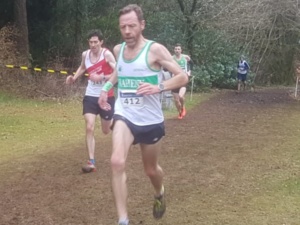